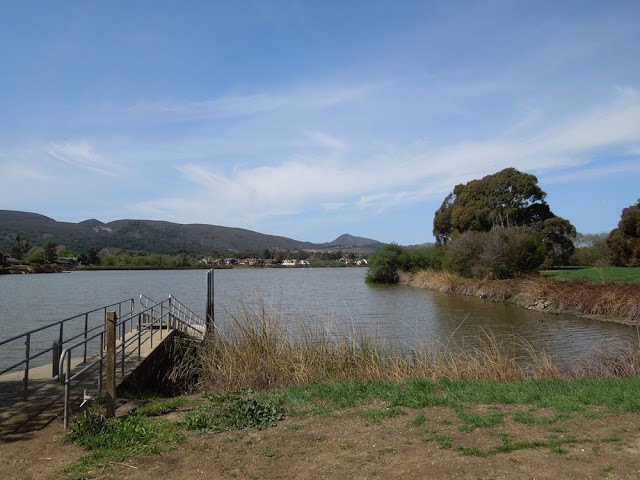 I was baptized in the name of Jesus in a small lake on a Sunday in February when I was 23 (in 2001). This happened during my senior year as a college student at Cal Poly in San Luis Obispo, CA while I was attending a small spirit-filled church. Although it was Winter, and the water was very cold, I was compelled to get baptized in water straightaway after Sunday morning service with all my church clothes on. God was calling me to this immersion in water. I understood this as a sign of my repentance representing death with Christ and subsequent burial with Christ with the hope of receiving the Holy Spirit of God as an indication that I will be raised with Christ (Acts 2:38). The following describes the events that took place that very night after I was baptized in water. Later that evening, I received deliverance and the baptism of the Holy Spirit. What follows is my personal account…

The struggle for my soul started to become ever more apparent. Before the night of crossing over in victory, the war had intensified. The conflict within me and against the world and the circumstances of my life reached a critical velocity. The war that was raging in a spiritual realm began to manifest in the physical. The vacuum of desire to know God had become too great. I was finally at the point of total surrender. This night everything changed!

A demonic influence had manipulated and power over me and my girlfriend. It would create conflict whenever I would try to pursue God, especially when trying to keep the Lord first in our relationship. I finally reached the inflection point, the critical juncture of the battle over my will. A way to describe it is being at a point where the tables turn. Where I could clearly discern how the devil was using me and using her. With this awareness came the ability to gain leverage against the devil’s strongholds. In a degree of faith that I never had been able to exercise before, I discovered these dark forces could be effectively engaged and challenged.

After several weeks of earnestly pursuing God, I was now at the place where the devil’s ability to control me based on desires, fears, or other concerns was undermined. A desire for God and what is holy was now stronger than my fears and my desire to live in the world. The devil’s stronghold was weakened to the point where he would wage one final climatic assault to keep me under control.

In the midst of a heated argument with my girlfriend, I was able to stand up against Satan’s lies and expose him. He likes to hide and deceive us within our personality and thoughts. Although he hides behind the surface, I discovered that he could be drawn out into an openly accessible realm of engagement. It is hard to explain what happened because the events took place through supernatural revelation and experience by which meta-physical (spiritual) forces became observable in this material world.

During this conflict, the spiritual battle manifested in the physical. I could sense a demonic presence in the room and a strange force that caused me great emotional and physical distress. After ending the phone call, this attack grew stronger and I was overtaken with a horrible sense of fear as my mind was barraged with manipulative thoughts laced with lies to coerce me to turn away from God.

My entire body began shaking in a disturbing way that became more troubling as time went by. I shook so violently under this attack that It forced the bed that I was laying on to move around in the room.  I was terrified as I lay on my bed, desperately praying for God to help me. The devil continued to tempt me to doubt God. I was very scared but determined not to let go of faith, no matter what happened. The devil was trying to dissolve my faith and I knew this. This was Satan’s last stand… It was the culmination, and he was throwing everything he could against me. I needed relief and things were getting worse. I had never been so terrified in my life. I had to get help to get it fast.

It was about 12:30 AM when I got up and ran to my car and drove straight to my pastor’s house, praying all the way there in desperation. I ran into the house and woke up my pastor who had baptized me earlier. I said, “I need your help! I’m under attack!” He rushed out of bed half-dressed and we went into the living room. He laid his hands on my head and, as soon as he began to pray for me, the violent physical manifestations began to occur again. Before I realized it, I lost control of my body and, in complete surprise, I began to groan. These sounds were deep and disturbing (not something I could reproduce if I tried). As these long groans continued, my body was subjected to extreme stress. In a passive state, I was reacting without mental intention. Now in a full sweat, my body was contracting and releasing. It was so intense. These severe contractions were consuming every ounce of energy I had at each succession. Through all of this, I could sense a purging, a cleansing, and a release of pressure. After what seemed like an eternity, the successions subsided. At the point of exhaustion, I sat there relieved and calm. The fear and tension were gone. It was so wonderful to have relief.  I was free, cleansed of it! Hallelujah! I received complete deliverance!

By this time, the entire house was up and there were four of us up rejoicing and praying together. As I sat there thanking God, the Holy Spirit began to fall upon me. And supernatural activity began to start again, only this time I became active in a holy way as divine energy was building up inside me. Up from my belly the awesome flow of living water came forth as I encountered God’s power. This river of divine energy poured out of me in an audible way. I began speaking in a heavenly language as the Spirit gave me utterances.  These utterances were so beautiful, and they were linked to waves of delightful emotions that were rushing through my body. My mind was again in a passive state but now I was under the influence of the Holy Ghost. Nothing that was coming out originated from my rational mind. These sounds, syllables, words, and phrases were divine in nature, under the influence of the Spirit of God.

After a little while, as these wonderful utterances continued to intensify, waves of painless electricity started to flow through me. Totally “activated” in the Spirit I began to experience a purifying fire, a fire that would not be consumed. Warmth was over me and at times it felt as if warm rain was pouring down. At other times, the electricity (or fire) would come in waves of glory making me shake and tremble in the most amazing way. I was filled with a multitude of glorious emotions. For over an hour these swells would come over me. Similar things were happening to the others as all of us were filled with the Spirit together with our arms around each other. In fact, I could sense the Holy Spirit within us responding back and forth in the spiritual language. At other moments, bursting with joy, we experienced tremendous laughter in the Spirit.  It was so wonderfully amazing and incredible!

My experience of being baptized in the Holy Spirit cannot be adequately described. There was no fear or anxiety, but there was purity, joy, and peace in the Holy Ghost! I tangibly experienced righteousness through faith in Christ that came through the cleansing of the Spirit. There was a triumph, and there was a victory. I felt so comforted to experience God in such a powerful way, and it brought my faith in God to another level. It was like Moses encountering the burning bush that would not be consumed. You cannot have an encounter with God like this and live as though God does not exist. It was so real, so awesome! Praise the Lord! For many weeks, I was under an anointing in a state of renewal, being taken up in God’s glory!

Glory to God forever! For in Christ Jesus our Lord we have access to God and his Holy Spirit!

For more on repentance, baptism, and the gift of the Holy Spirit, see https://apostlesdoctrine.net

We use cookies on our website to give you the most relevant experience by remembering your preferences and repeat visits. By clicking “Accept”, you consent to the use of ALL the cookies.
Do not sell my personal information.
Cookie SettingsAccept
Manage consent

This website uses cookies to improve your experience while you navigate through the website. Out of these, the cookies that are categorized as necessary are stored on your browser as they are essential for the working of basic functionalities of the website. We also use third-party cookies that help us analyze and understand how you use this website. These cookies will be stored in your browser only with your consent. You also have the option to opt-out of these cookies. But opting out of some of these cookies may affect your browsing experience.
Necessary Always Enabled
Necessary cookies are absolutely essential for the website to function properly. These cookies ensure basic functionalities and security features of the website, anonymously.
Functional
Functional cookies help to perform certain functionalities like sharing the content of the website on social media platforms, collect feedbacks, and other third-party features.
Performance
Performance cookies are used to understand and analyze the key performance indexes of the website which helps in delivering a better user experience for the visitors.
Analytics
Analytical cookies are used to understand how visitors interact with the website. These cookies help provide information on metrics the number of visitors, bounce rate, traffic source, etc.
Advertisement
Advertisement cookies are used to provide visitors with relevant ads and marketing campaigns. These cookies track visitors across websites and collect information to provide customized ads.
Others
Other uncategorized cookies are those that are being analyzed and have not been classified into a category as yet.
SAVE & ACCEPT
Login to your Account